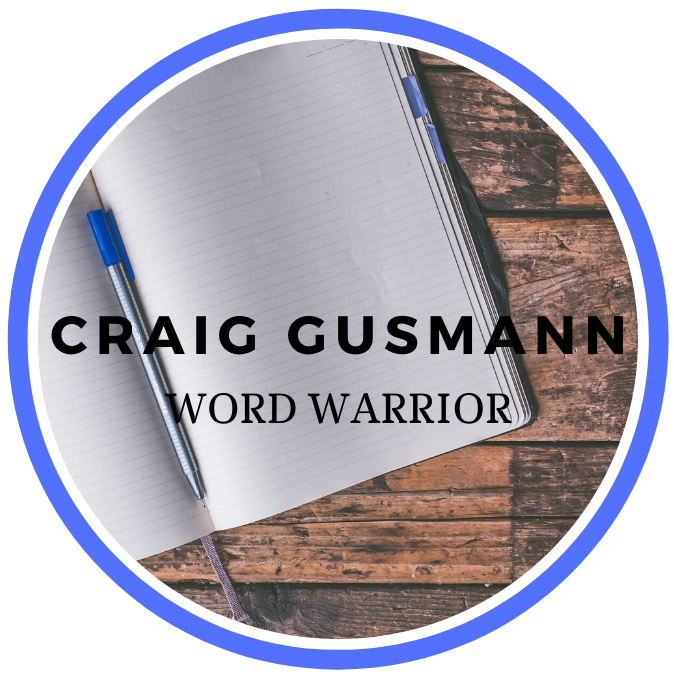 One of the Invisibles

I believe that there is an invisible population that are rarely spoken of. It consists of somewhere around 99.9% of the world’s population. These are people that we meet everyday, but pay no mind. Considering who they are, it’s likely you’re one of them. I am.

These are those who want badly to do something or be something, likely an artist or a writer or a musician, but also those that are spending hours coding their apps, those building inventions in their garages, those training to be their physical best–anyone striving to do something that will result in a better world and maybe, hopefully, recognition.

Most of these people, myself included, won’t ever succeed in any meaningful way. Instead, they’ll keep trying, keep creating, until they either tire and give up, or die without having left their mark.

I think about this a lot. With every rejection I’m reminded that I’m spinning my wheels, waiting until something catches or someone stops to help and I’m freed to travel down the road I’ve so far failed to explore in any meaningful way. I think about all the open mic nights I’ve been to–for comedy, poetry, music–and all those men and women that hustle every night with such little appreciation. Yet we keep going. Some for love. Some because they don’t know that they’ll never succeed. Most a combination of both.

I love writing. Or, more accurately, I love storytelling. I’m compelled to do it irrespective of any past success or future potential. But there are days, and lately it seems like there’s been a lot of them, where it feels pointless. Where I worry that I’m one of those millions of aspiring writers that don’t know they’re bad.

Nearly six years ago I first read Stephen King’s On Writing. In it, he talks about bad, competent, good, and great writers. His perspective irked me, then, but now I think I see what he was getting at. Ability doesn’t so much a plateau as it hits a ceiling. Everyone’s ceilings are different heights. Some can raise their ceilings with hard work, but most of us are what we are. When I’m feeling cynical, as I’ve felt lately, I wonder if I’ve already reached my ceiling and just don’t know it. If I’m destined to just keep spinning those wheels.

I know rejection is part of the game. Every little failure is supposed to teach us something that will eventually land us the one success we need. One success trumps the trillion failures no one knows about. I just don’t want to be disillusioned. I don’t want to put all this effort into doing something I’ll never be good at when I could redirect that effort into things I could get better at. If we all, those of us in that 99.9% of perpetual failures, could get a glimpse of the future and see that we’ll never make it, how would that change our current focus?

When I was hip-pocketed by a manager those few years ago one of the first things he told me was to stop writing whiny blog posts (my words, not his). He’s right, lamenting your failures isn’t a great look. But, at the same time, I think these are things we need to confront. Imposter syndrome, anxiety, and depression are all demons most creatives co-exist with. And, ultimately, confronting the demons and still finding the willpower to push forward, keep trying, continually improve is perhaps more impressive than any success.

I finished reading Joseph Mitchell’s Joe Gould’s Secret tonight. It’s a nonfiction book about a vagrant named Joe Gould that frequented New York City bars and art scenes in the first half of the 20th century. Joe Gould was a well-known figure in New York at the time for three reasons:

The Oral History, according to Gould himself, was to be a mixture of essays on various topics and snippets of conversation Gould heard around New York City, unedited and without context. It was his belief that within these snippets of conversation there lay a deeper truth, only to be understood in hindsight by historians. It was his life’s work.
SPOILERS FOR A 50 YEAR OLD BOOK BELOW
***
***
***
It was also completely fabricated. He had written (and rewritten, and rewritten, and revised, and rewritten) several of the essays, all autobiographical, but the snippets of conversation that was to be the thrust of the book were non-existent. He claimed to have them in his head, which very well may have been true, but they were never committed to paper. When Joseph Mitchell learns this about The Oral History, he posits a theory based in what he knows about Gould and his own experiences that got me thinking about how we write. Mitchell writes:

“… He (Gould) must have found out long ago that he didn’t have the genius or the talent, or maybe the self-confidence or the industry or the determination, to bring off a work as huge and grand as he had envisioned, and fallen back on writing those so-called essay chapters. Writing them and rewriting them. And, either because he was too lazy or because he was too much of a perfectionist, he hadn’t been able to finish even them. Still, a large part of the time he very likely went around believing in some hazy, self-deceiving, self-protecting way that the Oral History did exist–oral chapters as well as essay chapters. The oral part of it might not exactly be down on paper, but he had it all in his head, and any day now he was going to start getting it down.”

Mitchell then describes a lengthy novel he had in his head, an ambitious novel in the vein of Ulysses that was to be a reflection of New York City itself. It got me thinking about how many stories we, as writers, and myself in particular, have inside of us that we suffocate under the weight of our own expectation. When we overvalue our own talent, when we allow ourselves delusions of grandeur and those fun little daydreams of ourselves at book signings and award ceremonies, are we hurting our stories?

For several years I’ve had an idea for a hard science fiction novel called The Manifest Destiny. It’s not exactly an original premise – it chronicles mankind’s first steps toward becoming an interstellar society – but I’ve long been in love with the details of the idea. The characters. The progression of the plot. It excites me because I think it has the potential to be something great.

And that potential has prevented me from writing it.

I have notes upon notes of research into the feasibility of differing aspects of interstellar travel; technical documentation about different forms of propulsion, notes on psychology, research on the physical toll of low gravity. I have biographies for tens of characters, outlines for as many chapters, timelines for stories on Earth and stories in space. I even have the first 30,000 words of a draft novel written and the first act and story bible of a television series written.

And I hate it. None of it feels right to me. I keep telling myself that it’s a matter of my talent catching up to the potential for the story and I work on other projects as part practice and part procrastination. But, what if, like Joe Gould, my talent never matches my ambition? Not that I would ever know if it had.

That’s the irony of all the arts. We can always find flaws in our work. My goal as a writer is for the most recent thing I’ve written to be the best thing I’ve written. That’s easy, now, because I’ve yet to become a good writer. But even that goal necessitates my finding flaws in all of my work from now until I die. Artists can never fully appreciate their own work because of that irony.

There is a simple answer to all of this: Just write. Forget about the flaws, do the best you can with whatever talent you have, and hope for the best. As has been said time and again, what’s important is finishing the work. Quality comes later.

I get the sense that will be the answer to all of my writerly/artistic problems. Just power through it. Keep going. It will resolve itself as long as you do that.

I don’t know if that’s true. I doubt it is. But it is a hopeful answer. Sometimes, that’s enough. 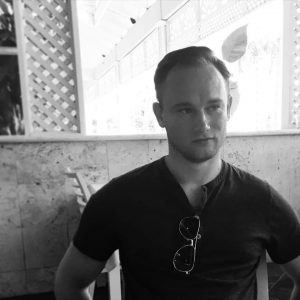